Alice and Abbie in the East Region Ladies Championship 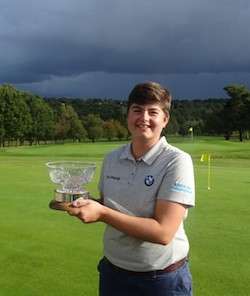 Alice Barlow won the East Region Ladies Championship returning a level par round of 73 which included three birdies.  The last one was set up by a 145-yard approach to three feet on the fourteenth which was her last hole as she teed off on fifteen to begin with. It proved to be a decisive birdie as she tied with Hertfordshire’s Kelly Hutchinson but secured the win via a count back on the last nine.  Very well done, Alice, and good going Abbie, who took second prize with a gross score of 76.  Kelly Hutchinson won the first net prize so couldn’t take the second gross score.

We should mention that the championship should have been played over 36 holes, but the first round was washed out by rain, witness the incredible picture of a ‘sky in torment’! 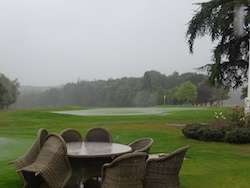 Thanks to Jenny Barlow for the information.