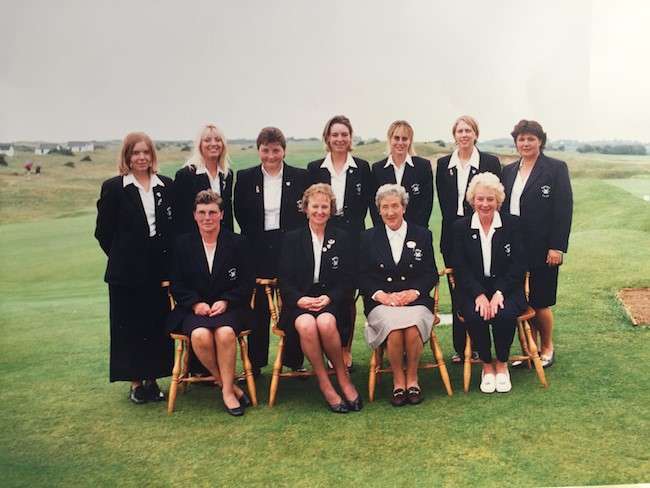 Anne Seward, who died peacefully on Sunday, 11th October, was a long-time member of Woodbridge Golf Club, a very steady golfer who loved the game. Throughout her great interest in golfing matters, she readily soaked up information about the goings-on within the Suffolk Ladies’ community, and was always quick to offer help wherever it was needed.   In 1997, she embraced the invitation to become the President of Suffolk Ladies with an enduring enthusiasm.   In fact, though the usual term of office has always been two years, she served for three to keep the normal progression of changeover for President and Captain when Lindy Ockenden unfortunately passed away after only one year as County Captain.

Anne had previously been County Secretary in the early nineties.  Sue Cook, one of the County Captains who benefited from Anne’s meticulous methods in the job, said she was wonderful because she never hesitated to go the extra mile. Her attention to detail was notable and her support invaluable.   As for her golf game, it never seemed to vary and for years she regularly turned in more than acceptable results in the annual County Championship, seemingly retaining as much interest in other people’s golf as in her own.

In her professional life, Anne was a science teacher and had a particular interest in nature and its species.  I remember her coming across a bee, which had unfortunately met its end on the golf course.  She picked it up and tucked it away carefully to take to the classroom for her youngsters to study.  She had a scientist’s curiosity and I suspect she was an inspiring teacher such was her instinctive attraction to the world about her.

Anne had not been seen around much in latter years, but those of us who knew her, will not forget her.   She was the original ‘good egg’.