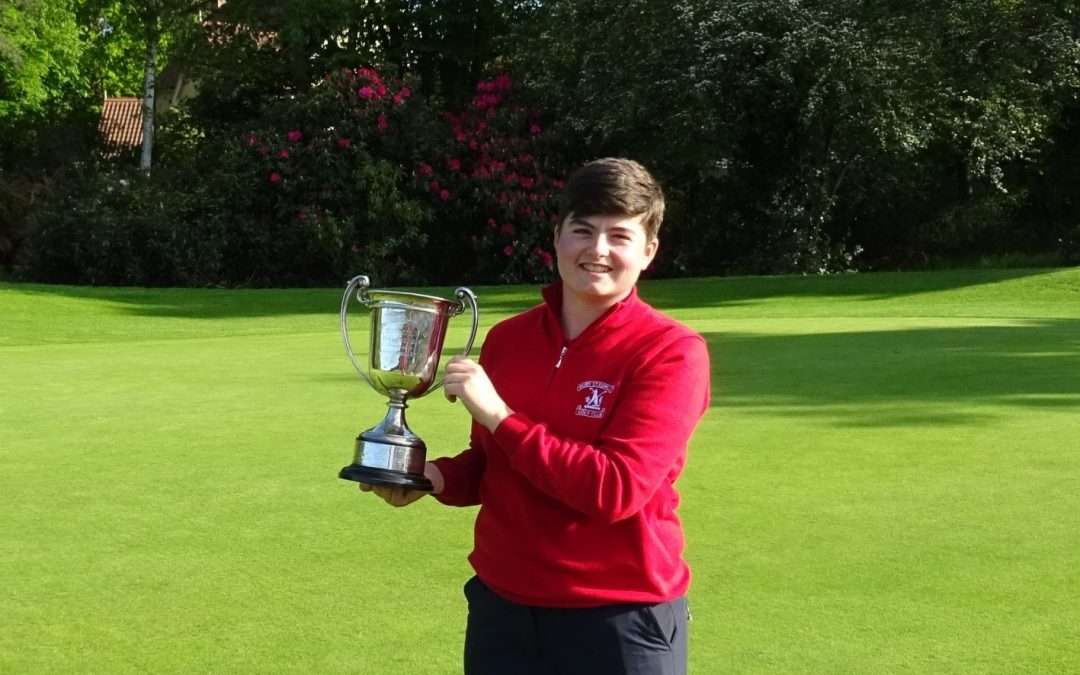 The 36 hole stroke play element was cut down to 18 holes because of torrential rain which turned the course into a boating lake.  Alice was well placed with a level par round of 73 but Lottie Whyman secured the Strokeplay championship with a three under par 70.

Alice said she was over the moon to win for the fourth year running. And thought she was going home in the quarter final on Saturday afternoon against Abbie Symonds where she was two down with two to play and somehow found an eagle on 18 with a 35 foot putt to take it to extra holes and won with a birdie on the 21st hole ”

In the Final Alice raced into a five hole lead with Whyman not at her normal best as Alice played solid golf. Whyman secured a half at 6, both had a birdie at seven for half but a wayward drive by Whyman at 8 let Barlow have a 7 hole lead after nine holes, which has probably never been seen in a Suffolk final before. Two halves at 10 and 11 and Whyman’s approach at 12 was good enough for a birdie to take it down 13 when Barlow made her first error of judgment on the greens and Whyman was back to 5 down. Two cracking drives down 14 saw Barlow execute a great second to 12 feet and the match was as good as over with Whyman having to win the hole.  Final result Barlow wins 6 & 4.

Alice was also happy to see a few juniors enter the competition this year and some coming to support. I am hoping a few more will be up for it next year.

Hole in one – Lils James on the 3rd