Bramford Team cruise to victory in the Cranworth Trophy 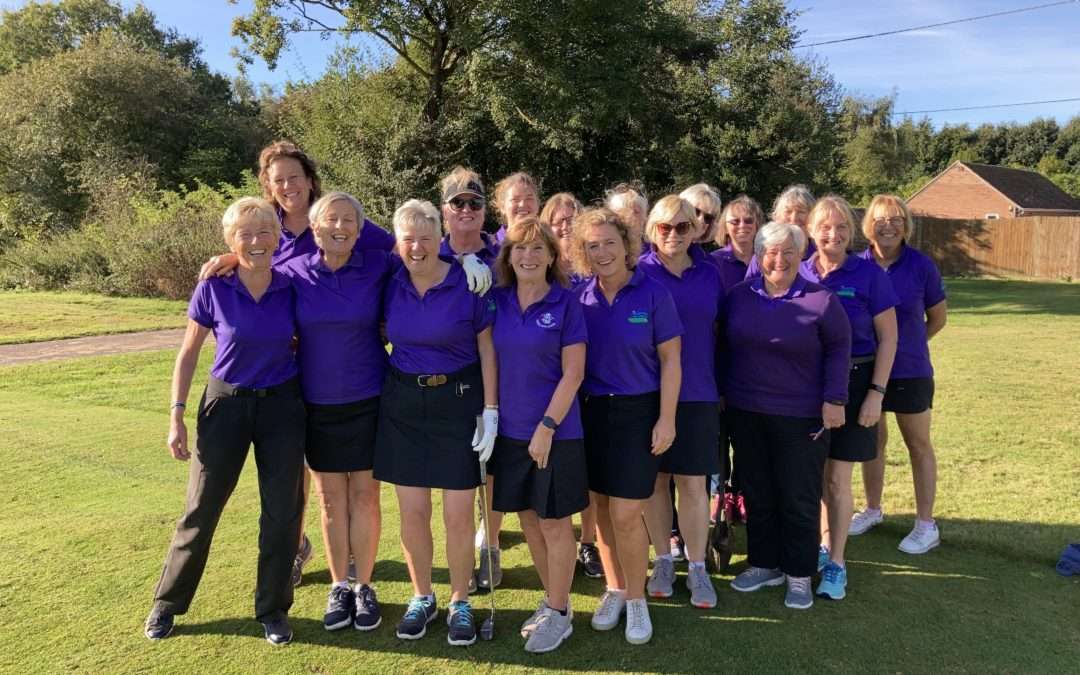 On a balmy September day, Newton Green played host to the final of the prestigious Cranworth Trophy and the excitement in the air was palpable as the teams were welcomed by Newton Green Ladies Captain, Rosie Jackson.

On the day, Bramford Golf Centre were the better team and overcame Felixstowe Ferry Golf Club by 6 games to 3.  Without exception, all games were played with extremely good spirit, grace and sportmanship.

2 squads of 8 players, each with a handicap index in the range of 21-29.9, lined up to do battle in the morning foursomes competition followed by an afternoon singles competition.  Each was hoping to gain more than half the available 9 points to be declared the winner.

This year the competition rounds have been played on neutral courses and Newton Green’s quirky flat course with its well-established 9 holes on heathland supplemented by another 9 holes created on agricultural land provided a challenging course of two halves to be mastered.

Full of hope and excitement the foursomes pairings set of in the morning.  The first game out went Felixstowe’s way and Bramford won the other two.  All to play for in the afternoon!

After lunch, the 6 singles games got underway, and the afternoon went Bramford’s way by 4 games to 2.  A convincing performance with a well-deserved overall victory of 6:3.  The course was filled with supporters from both teams who were extremely appreciative of the high standard of golf played – shots envied and applauded in equal measure.

In every competition, there are people working away behind the scenes to help the event run smoothly and our grateful thanks must go firstly to Geraldine Rose, Cranworth organiser for her boundless enthusiasm and enviable organisational skills.  Newton Green welcomed everyone with open arms (and balloons!) and the hospitality shown was exceptional.  The course condition was excellent, and our grateful thanks must also go to the Greenkeepers for their stewardship.