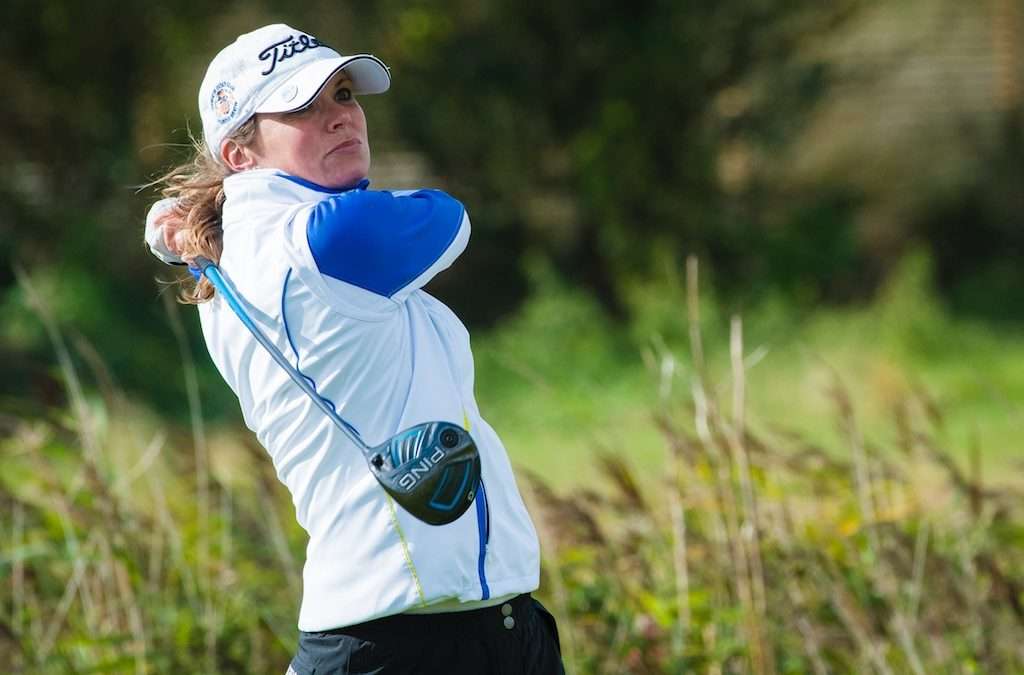 Essex triumphed today though there were some close tussles and the standout Suffolk performance came from the partnership of Alice Barlow and Abbie Symonds playing Sophie Wheeler and Ashley Chalmers.  Alice and Abbie were three down after fourteen holes but stormed through the next four to win 1 up.

Suffolk were in a good position going into the singles, having won two of the morning foursomes.   Lottie Whyman and Sharon Luckman bt Louise Caldon and Amanda Colgate Herbert by just the one hole while Amanda Norman and Lils James narrowly lost to Megan Henry and Harriet Lynch 2/1.

In the singles, Essex got the bit between their teeth, winning five of the six singles for a 6-3 victory.   Lottie Whyman flew the flag for Suffolk, beating Chloe Arthur by 4/3.

Tomorrow Suffolk will play Cambs & Hunts and a win would give them a boost.   A look at the weather forecast for the venue is not exactly encouraging, but we will all be hoping for the best and wishing the team good fortune.