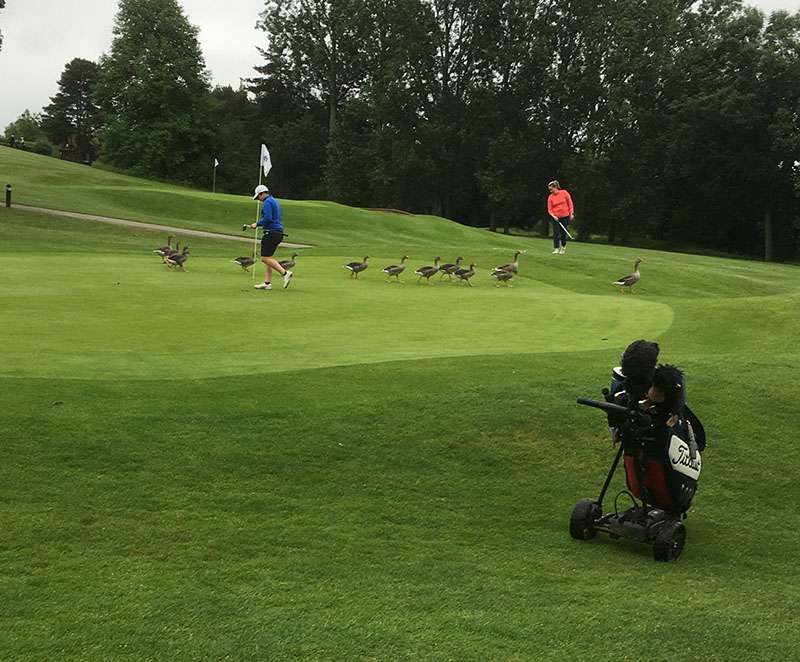 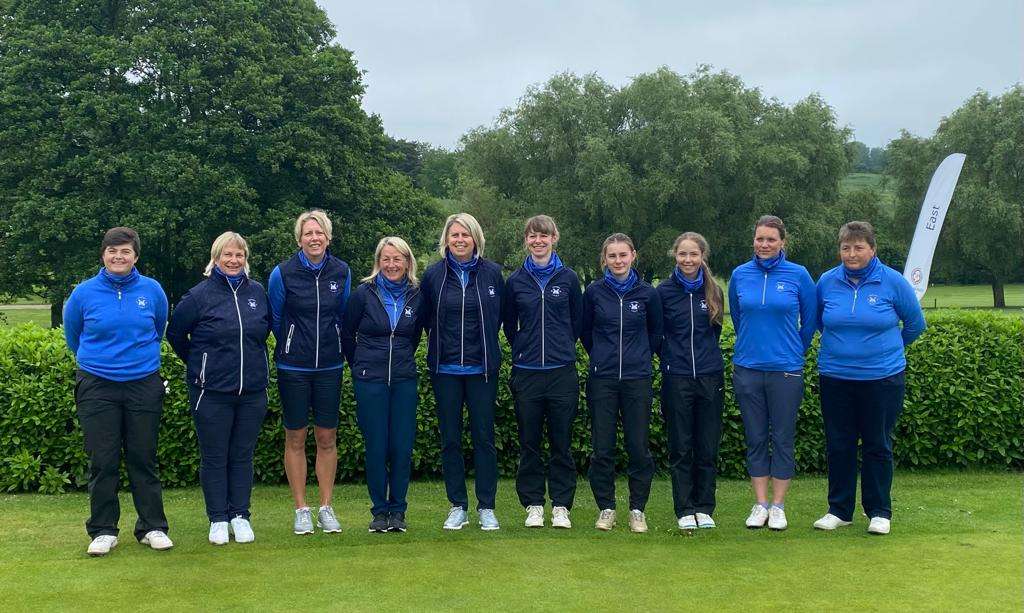 Due to sterling efforts on the part of organisers and players the outstanding games were all completed on Saturday although this involved a very late finish and a number of players playing 48 holes in one day – no mean feat!

So now to the final day, play resumed at 8.30am on yet another grey day.  Thankfully the rain held off until proceedings were concluded with Suffolk’s game against Norfolk the first match underway.  Sadly, victory was not to be, and Norfolk won 3.5 to 1.5.

However, numbers don’t necessarily convey the real story so some more detail follows ….

Leading the challenge was the partnership of Vanessa Bell and Sophie Kubitzek.  Despite heroic efforts they were to lose 5 and 4 to Tiffany Mills and Imogen Leader.  Similarly, Amanda Norman and Sharon Luckman lost to Eve and Hope Neild 5 and 4 and Georgia Parker lost the first singles match against Amelia Williamson 6 and 4.

All was not lost!  Abbie Symonds played superbly, coming back from 3 down to pull back and with a nail-biting finish the match on the 18th the match finished in a draw.  What a determined young lady she is! Alice Barlow’s game against Jo Herd was the last game out and was full of promise from the outset.  With consummate skill she found the fairway consistently, more often than not leaving an easy second shot to the green which was then finished in style.  Alice won 5 and 3.

Whilst the overall result for Suffolk was disappointing it is hard to ignore the effect that the weather may have had and the team are to be congratulated for their performance under such dreadful conditions, particularly with the forced extended play on Saturday.  Amanda Norman provided great leadership to the team and should be congratulated for her skill and determination.. Well done everyone!

Detailed results for all Suffolk matches: