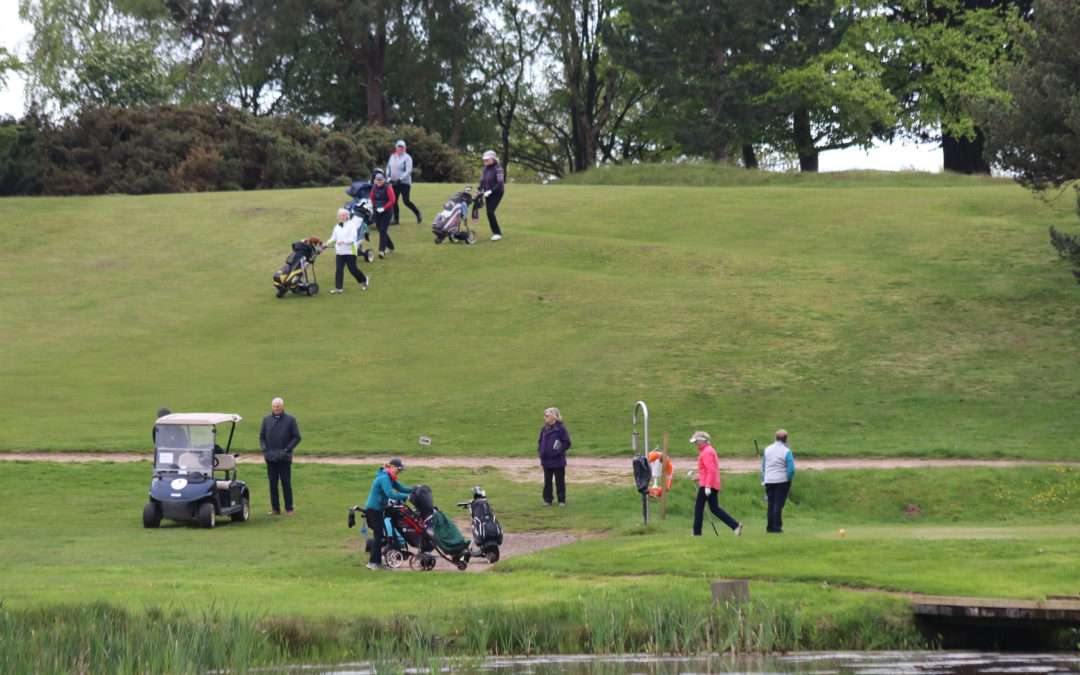 Fiona Edmond (Aldeburgh) won the Seniors Strokeplay Championship at Thorpeness, returning 75 against the par of 74.  As a former English Seniors Champion, she was the obvious favourite in the enthusiastic and good-natured field of 29 and finished eight shots ahead of her nearest rival, Pippa Neall of Woodbridge.  In general, the scores almost certainly did not mirror the best the individuals can do and they were probably disappointed.  Apart from any other considerations, the weather was cold, cloudy and windy which no doubt didn’t help.

Watching the combatants striking off the first tee, it seemed that Championship nerves had sprung into action. The middle of the fairway was elusive, left and right rough generously peppered.  However, catching up with the players on eight, it was good to see that most seemed to have settled down and the field was moving pretty smoothly.

Finer, warmer weather for the Matchplay would be a treat!

Final match begins at 9.40 on Thursday.