Hooray for everyone who steps up to help us run our golfing interests! 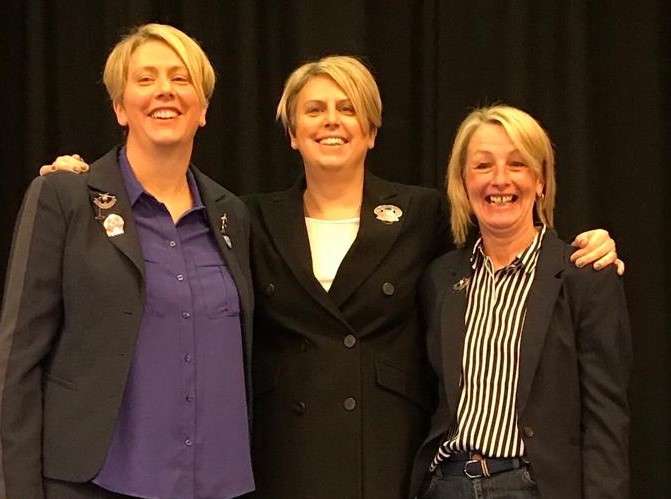 At the Annual General meeting held last Saturday (11th January) we voted in our new President, Jo Woodward, our new Captain, Amanda Norman and our new Vice-Captain, Belinda Rowe, along with other Governing Body members whom we are delighted to welcome to the fray.

Of course we owe thanks to Mo Pearson who has been a very busy President for us over the last two years and to all those who have given their time so willingly that the rest of us might make the most of all our golfing opportunities.

At the beginning of the meeting, we stood in memory of those who had passed away during the last twelve months.  Everyone had their private thoughts of course, but we remember particularly Eva Harris who influenced greatly the development of Junior Girls Golf in Suffolk.  She will be remembered fondly by the Juniors themselves who benefited from her energy and enthusiasm and by the others of us who were grateful for her terrific input in that area of activity.

The agenda followed the usual course of the Annual General variety of meeting:  minutes, matters arising, Reports and Accounts, etc.  You can find the detailed records of them in the appropriate place elsewhere on the website.

Everyone woke up when we came to the elections.  Jo Woodward and Amanda Norman are both well known to us all but it was nice to be reminded of Jo’s illustrious career as an international golfer (winner of 15 prestigious events , a silver medal in the World Team Championship playing with Anika Sorenstam, five Suffolk Girls Championships and  three Suffolk Ladies, plus ten others of one sort and another).   It is the first time that sisters have worked in tandem for us and we all wish them well.

Belinda Rowe, our new Vice-Captain, is not quite so well  known, but Bungay and Waveney Golf Club are well aware of her capabilities.   She has been a member there for the last five years and has become a common sight guiding a trolley round for Lils James in competition and, away from the golf course, she has featured on hockey pitches around and about.  We look forward to seeing more of her as she supports Amanda in her captaincy.

Other news:  Vicki Hunt took over as Seniors Organiser;  Lizzie Johnson moved into the Chair of the Delegates Committee;  Chloe Dixon became Junior Captain and Captain of the Junior 1st team and won the Junior Order of Merit Shield, while Laura Eaden is now Captain of the 2nd Junior Team.  Laura has reduced her handicap from 37 to 15 in just one year which earned her the Junior Improver Trophy.  Georgia Parker won the Eva Harris Shield which she was unable to collect because she was training with the England squad for the second year in a row. 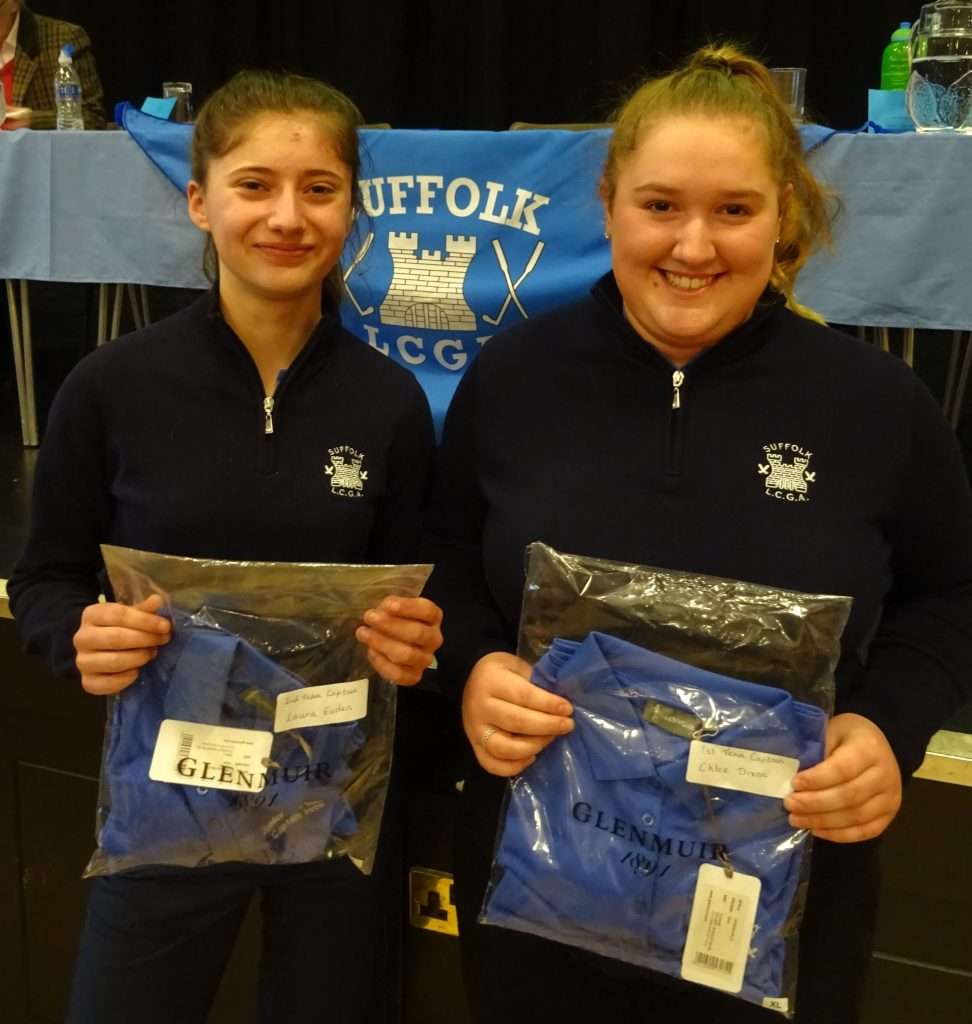 Abbie Symonds well deserved the award of the Nigel Birrell Trophy.  She played in all ten matches at County Match Week, putting in fine performances and was unbeaten in the foursomes.  She then continued her run of form to win both the scratch and nett prizes in Division 1, quite an achievement in itself.  Over the years Abbie has excelled at putting everything on the line when faced with a challenge.  She sets a great example. 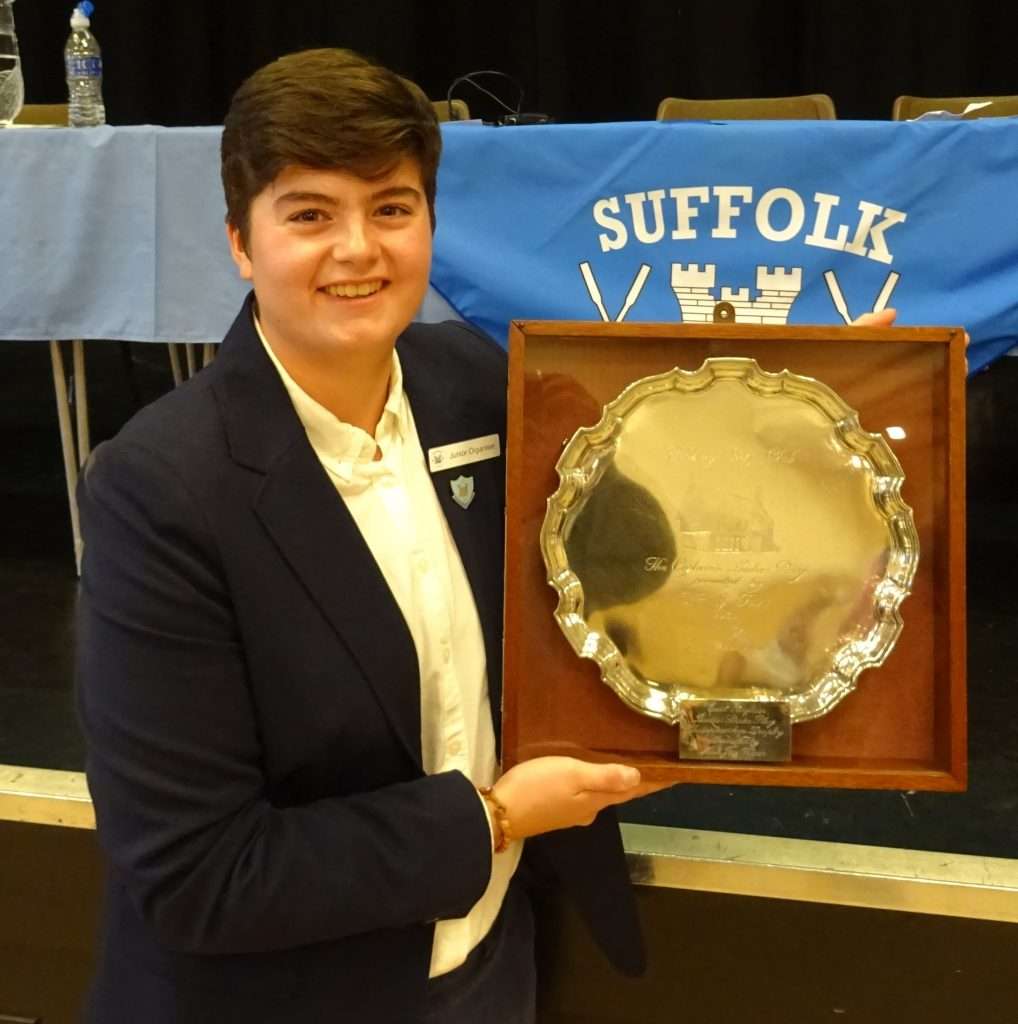 For the fourth year running, Alice Barlow won the Joy Winn Salver, returning the best scratch scores over 2019.  This is a record that will take some beating.

The Silver Medal, with a score of -7, went to Jude Hanner (Felixstowe Ferry).  Elizabeth Cole (Diss) and Maggie Hart (Gorleston) shared the Bronze Medal, both returning -10.

If the hall was not quite so full as in past years, it was nevertheless an enthusiastic gathering.  Our Captain, Amanda Norman, In welcoming the new Committee had this to say:  ‘The Committee is comprised of people who willingly give up their own time to help organize the backdrop of county ladies golf, to run events and to support the members of the SLCGA and their clubs.   They do this freely and to the best of their abilities and I implore you to remember this’.

It seemed a timely reminder for all of us as we go forward into the golfing season of 2020.