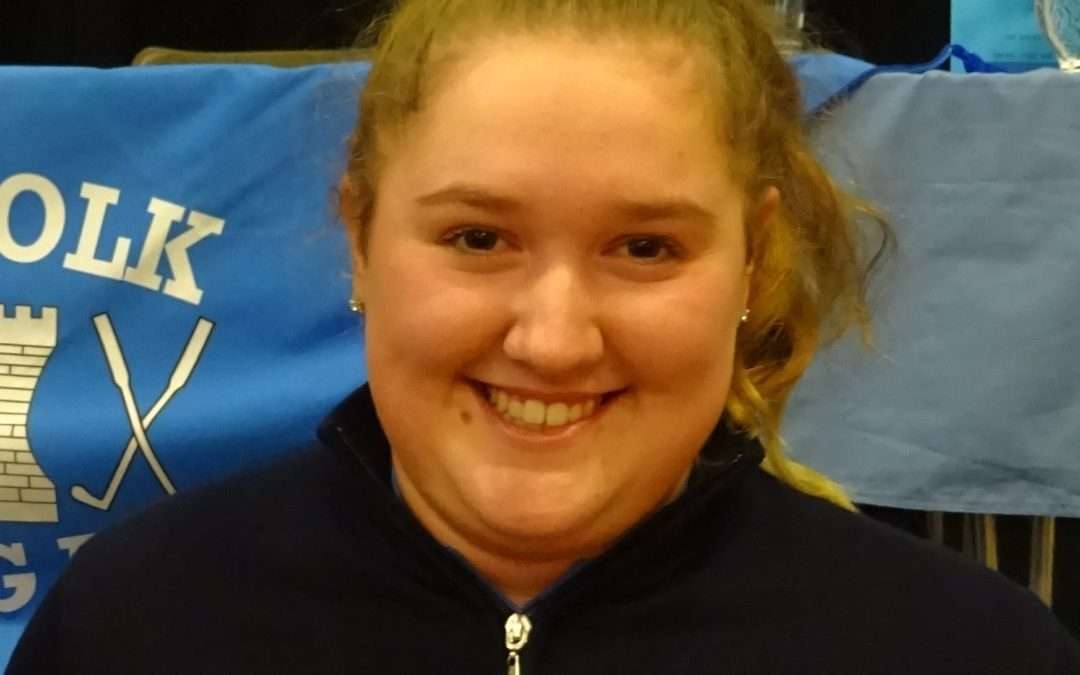 Due to Bedfordshire only having 4 players, unfortunately the back two matches had to be conceded, only leaving Suffolk needing two points from the four available to take another win. These were secured by Sophie Kubitzek and Suffolk Captain, Chloe Dixon.

The girls played some more fantastic golf. Rio Everitt had a birdie at the 3rd hole after her great pitch shot set her up, and for the putt to drop to win the hole. The 6th hole seemed to be a team favourite with Juliette holing a 20 foot putt on the 6th for birdie to win the hole, and Chloe soon after sticking her tee shot to 6 feet.

The girls showed their fighting spirit out on the course this afternoon, with most of the matches being down after 5 holes and some tired shots.

Chloe Dixon won her match on the 18th to keep the spirit alive for Suffolk. But by this time Norfolk were 3-1 up on the scores, and we needed our final two matches of Melissa Coffey and Laura Eaden to secure wins in order to halve with Norfolk. Laura Eaden played some lovely shots and beat Mary Keen 3&1. Melissa Coffey was 1up playing the 18th, however her opponent was on the green for two and Melissa found the right bunker and could not get up and down to match her opponent. A halved for match number 6 was all that was needed for Norfolk to take the win.

All matches were played in great spirit, and both teams displayed some fantastic shots.
As it stands, Hertfordshire are leading with 3 points and closely behind are Suffolk and Norfolk on 2 points.
Suffolk will now take on Hertfordshire tomorrow morning, teeing off at 9.12am and teeing off at 14.06pm against Cambs & Hunts.