The final day of Match Play 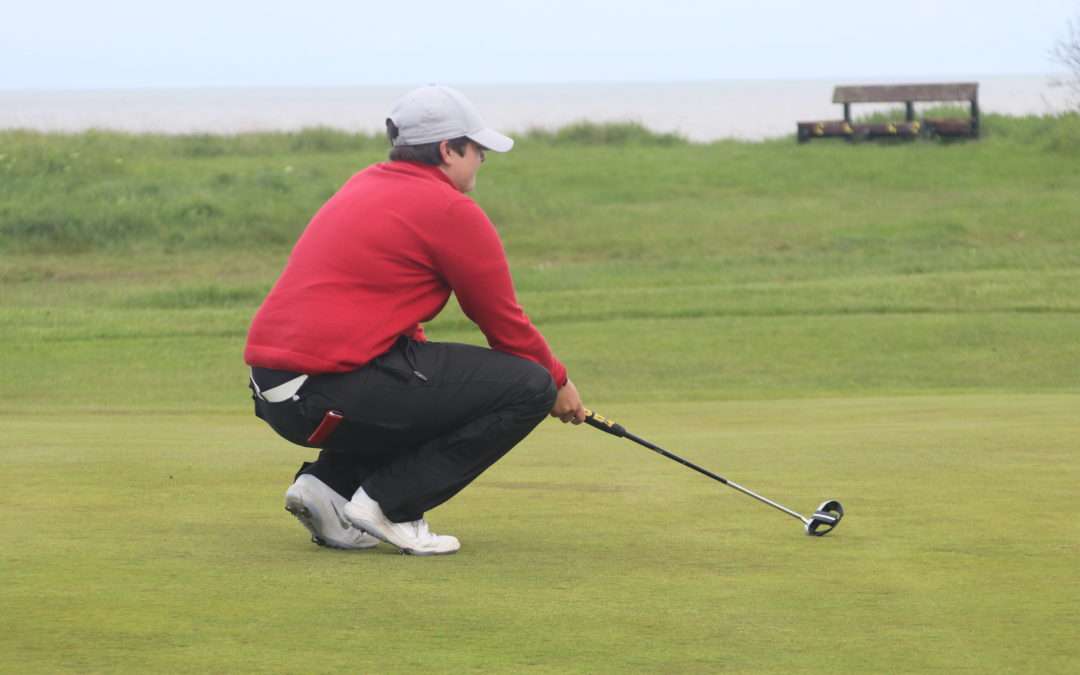 Jo Woodward (President of SLGA) introduced the first of the semi-finalists Alice Barlow (Bury St Edmunds) and Sophie Kubitzek (Bury St Edmunds) followed by Amanda Norman (Felixstowe Ferry) and Abbie Symonds (Ipswich) to a group of hardy souls who clearly came intent on enjoying the final day, whatever the weather may throw at them and they weren’t disappointed! 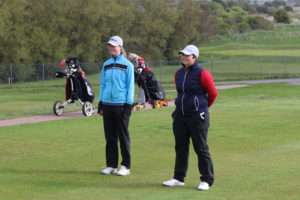 With heavy rain and wind, playing conditions were, once again, difficult.  Although Sophie put up a brave fight and played some very impressive golf Alice was, once again, on form and rarely put a foot wrong, winning 7/6. 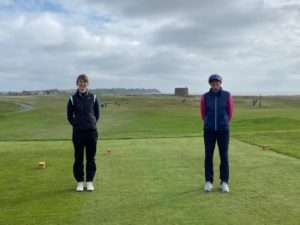 And onto the final ….. what game it was, nip and tuck all the way.  Alice with an Eagle on the 7th to go 2 up with Amanda coming back on the 8th and Alice was one up after 9 holes.  By the 12th it was all square and Amanda went 1 up at the 13th, lost the 16th so, once again, all square. Both players halved with birdies on the 17th and parred the 18th hole and so we were into extra time, with a playoff starting on the first.  Once again it was halved with pars so we moved onto the 20th hole, with the excitement on the course palpable.  It is exceptional for any game to go to this length and this was to prove the decisive hole with Alice coming through the winner.

A fantastic match to watch with skills demonstrated from both players that most of us can only dream about, even more so after such a long absence from competitive golf.

Afterwards, Jo Woodward congratulated Alice on her success but, sadly, due to current COVID restrictions a formal presentation of the trophy could not take place; this will happen at some point in the future.    Overall, a fabulous 3 days of golf made possible by some tremendous work behind the scenes and thanks were given by Jo to Felixstowe Ferry Golf Club for hosting the competition and for making everyone (competitors and spectators alike) so welcome and the SLGA organisers for their time and effort in pulling the event together. 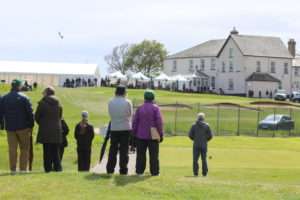 The 3 junior entrants acquitted themselves extremely well with 14-year-old Sophie Kubitzek winning the Berendt Handicap Jug with a nett 140 (over 36 holes).  In the Stroke Play, Alice Barlow also won the Woodbridge Challenge Bowl with a gross score of 143 and Amanda Norman the Maggie Ivor jones Plate with a gross of 157.

Hopefully, appetites will be whetted, and we’ll see more entrants next year, when life may be nearer normal than it is at the moment!

NETT STROKEPLAY RUNNER UP – May Bird